“The patriot volunteer, fighting for country and his rights, makes the most reliable soldier on earth.” Thomas J. Jackson
Citizen Airman
One weekend a month, two weeks out of the year; that was the plan when I joined the United States Air Force Reserve on October 2000. A 20 year old fresh off the streets that no directions in life living in a wasteland of youthful culture that lacked ambition.
From the time I graduated high school in 1997 up until I joined the military I was going nowhere. I did not have good enough grades out of high school to go to a university nor the money. So like majority of the high school graduates I went to junior college. Junior college is great if you have the discipline, I did not. Walking around the campus and seeing people I went to high school with that graduated two to three years prior and still only a sophomore due to the amount of credits obtained only added to my non motivated attitude.
Tired of the same routine and still a freshman after three years of community college, I decided I needed a change and from the time I got off the plane to getting off the bus at Lackland Air Force Base I was motivated and taught to move with a purpose. The guy with the funny mustache and Smokey the Bear hat made sure of that.
Starting from day one, the civilian culture that I was a part of which consisted of minimal motivation, no sense of accountability me first attitude was forced out. It had no room, no bearing in the United States Air Force. We were to move as a unit, to proceed with a purpose and put the betterment of the flight above our own wants.
The mindset of “Integrity First, Service before self, Excellence in all we do” was imbedded. By the time we graduated boot camp we were transformed from civilian to Airmen. We walked out with our chins up, shoulders back and direction. Gone were the limp walk, crouched shoulders and street slang that accompanied us when we came.
When I came home to my friends and family I was a changed man. However as a reserve, I was not surrounded by fellow Airmen, Soldiers, Seaman, and Marines. I was back where I came from and by the summer of 2001 all I became what we called a “Dirt bag Airman” late for formation, always forgetting my gear, and making excuses on why it couldn’t be done.
By not being surrounded by my military family on a regular basis I reintegrated myself to the culture I wanted to get out off. I failed at that time to integrate my military training and discipline into my civilian life. At this point, I lost motivation and wanted out.
September 11, 2001 I am awaken by my mother’s out cry of repeated “oh my god, oh my god, oh my god” I get myself out of bed and walk into our living room and see my mother watching TV. I look at the screen and see calamity, an image so surreal I ask my mother what movie was she was watching and why was she watching it so early in the morning. She tells me it was not a movie. It was the news and New York was under attack. I was re motivated again.
That morning, “Service before self” took new meaning. I embraced my military culture twenty four hours a day, seven days a week. I became vigilant, alert and ready to go at a moment’s notice because we have to be. Since September 11, I have answered my nations call to duty as well as many others because it’s what we were trained to do. It is in our culture to sacrifice self for country and service.
At first my transition from civilian life to active duty military personnel was difficult. For example as a civilian we are pretty much free to wear our hats in doors. However it is military customs to remove ones cover. Little details like these made the bigger picture of military culture. As the days carried on and my active duty time accrued I was transformed again. This time I would have to learn to adjust from living in military culture where within the compounds of the base everyone greets each other the simple pleasantries of good morning, good afternoon, good evening and good night. To the civilian sector of “I don’t know you; you have no business talking to me.”
This is why I prefer living within the military culture. It has made me to a more responsible adult. I have been able to distant myself from what I call the “Me Generation” and have dedicated myself to a livelihood higher purpose. This country has presented me more opportunities I could have ever imagined. It was only right that I contributed back what I can. By living the culture of “Integrity First, Service before self, Excellence in all we do” I have found myself. 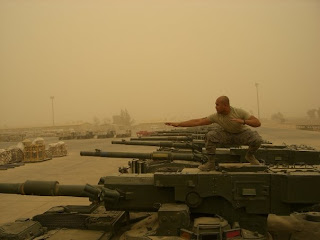